If people would concentrate their minds on a certain point,

they would melt what is there. The rock would melt from the energy radiated by the human brain. People, if they know how, can concentrate all sorrows and diseases by concentrating their thoughts.

In a healthy state, the body has some vibrations.

Different diseases have different vibrations, but each disease speaks of reduced vibrations. The temperature must rise. This is done by uttering special thoughts and formulas, which a person, by uttering and bringing into his body, changes the vibrations. This is achieved by looking at beautiful paintings, landscapes. The starry sky can also serve as a cure.

Every word has a certain power.

If you focus on a word, your brain will connect with the power that is invested in it, and you will experience encouragement or fatigue according to the nature of the word. Some words, once told, cannot be said a second time. Why? They have a detrimental effect on the human brain. For example, if you say the words several times: I will get sick, a person will experience their bad effect on his body, and it will not take long – he may get sick. Conversely, if a person with tuberculosis repeats the words several times a day: I will recover, he will really recover.

One can heal through thought.

The stronger and more focused a person’s thoughts are, the easier it is to cure a certain disease. It is enough to say one word to heal. Some words work magic on a person. He must also know when to say the word. Everything must happen in its place and time.

Diseases are due to the accumulation of foreign substances, but through thought and will, a person can throw them out of his body and heal. The more sublime the thought, the greater the possibilities.

Strong thought is the way to cure every disease

The Kabbalist clarifies healing through thought as follows: thought can modify the vibrations of the human body. When a person becomes ill, these vibrations decrease; he can turn them from lower to higher with thought power. For example, colds are caused by a special type of germ that enters the nose, and if the vibrations are reduced, they find conditions to multiply. As they multiply, they irritate the mucous membrane of the nose. To eliminate this irritation, the nasal glands start to secrete abundant fluid, which expels them outside.

Human thought is connected with the vital electricity in life.

Mind, body and… health! How to heal with the power of the mind?

You can send your positive thoughts, your warm feelings, and wishes to someone sick with absolute faith, without any hesitation and doubt, and it will heal him. So, for a person to be healthy, you have to send a current of life to him. He will accept your thought and wish and feel better. In this respect, good friends are a good fence for health, and bad friends always bring disease and suffering.

When the will is involved, you can heal yourself.

With the power of your will, you can stay out in the cold for hours dressed in thin clothes without catching a cold. Mentally, one can make a warm, magnetic garment that will not tremble even in the coldest weather. Without such a garment, without the will’s participation, no matter how well dressed, one can still feel cold and catch a cold.

If someone gets rheumatism, he needs to grab it(rheumatism),

shake it a little and start talking to him,

that he had lost his way and need to left his body. If the rheumatism is embedded somewhere in the shoulder, he should direct it to his elbow, then to the fingers of his hand until he pulls it out. Diseases are treated not only with drugs but also with thought.

Thought can drive any disease out of the human body. The power of thought is powerful.

If any of you suffer from fever, let him put in the thought that he wants to heal, to dedicate his life to the realization of a good, great deed. Soon the thought begins to work in him, and the fever will pass. If the idea gives him a good result and he recovers, it shows that it worked. Every idea, every virtue that can be realized, first improves human health.

Hindus have the following way to heal their wounds: they collect prana from nature, and with the help of their thought, they direct this prana to the sick place, which heals in a maximum 20 minutes.

While you live in a world of contradictions, you need to know

that you are under the influence of the law of suggestion. No mortal, even immortal, is free from this law. With this in mind, you will always keep positive thoughts and feelings in your mind if you want to get rid of many painful conditions that are not yours. If you contact someone who suffers from a leg, you will experience the same pain.

There are days and hours when the suggestion has a detrimental effect on the person. Then neither he nor the others should suggest to him. In such moments, one must protect oneself from suggestion, just as the military encloses itself from its enemies with a fortress.

A tumor appeared in the abdomen or elsewhere.

Do not be afraid; this shows that excess energy has accumulated in one place, which must go somewhere outside. You will stimulate some of the healthy cells around to expel this energy; the thought will be strong, focused, and you will come to the natural state. If there is no other way out, surgery can eliminate the disease. But with strong, concentrated thought, a tumor can go away on its own. By suggestion, you can make even the healthiest person sick. By suggestion, you can get any tumor out of the body in 24 hours. You can get a tumor out in three days by putting the patient in magnetic sleep. By suggestion, any tumor can be removed; it all depends on the thought.

If you have a runny nose, think about health. Repeat the thought often: I am healthy,

and soon the cold will leave you. The healthy often think about the disease and are attracted to it. Do the exact opposite, think about health to attract and strengthen it, and eliminate the disease. The rational, the good, the great in man can fight the microbes that cause disease.

Apply good and positive words and thoughts as formulas,

with which you can influence yourself.

How are TB patients treated today? They put them on the bed so that they do not move left or right. They feed them in a special way and nothing more. No, let the patient go free. If he wants to lie down- let him lie down; if he wants to walk, leave him to walk, but

He has to say many times a day the words: I will be healed,

gradually increasing to 1000-2000 times a day. The first day to pronounce these words 100 times, the second 120 times, the third day 150 times, etc., until it reaches 1000 or 2000 times. That is how any disease, any discouragement, can be treated. This way, the heavy, dark atmosphere around the patient brightens up, becomes bright, pleasant, and he feels better and better day by day. 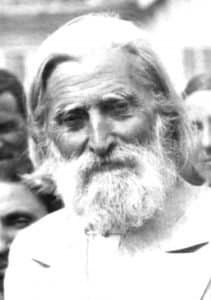 Peter DEUNOV/Dounoff/ (/ˈdʌnɒv/ DUN-əv; Bulgarian: Петър Дънов ˈpɛtɐr ˈdɤnof; (July 12, 1864 – December 27, 1944), also known by his spiritual name Beinsa Douno (Bulgarian: Беинса Дуно bɛinˈsа doˈnɔ), and often called the Master by his followers, was a Bulgarian philosopher and spiritual teacher who developed a form of Esoteric Christianity, known as the Universal White Brotherhood. He is widely known in Bulgaria, where he was voted second by the public in the Great Bulgarians TV show on Bulgarian National Television (2006-2007).1 Dunoff is also featured in Pantev and Gavrilov’s The 100 Most Influential Bulgarians in Our History(ranked in 37th place).2 According to Petrov, Peter Deunov is “the most published Bulgarian author to this day.”3 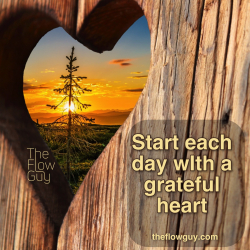